Following a fast-passed plan of growth over the recent years the company has expanded its activities outside in Greece and has established subsidiaries in Germany and Cyprus. Within this multisite and multinational environment, dispersed teams of engineers, scientists and project managers were involved in the planning, designing and overseeing complex technical projects such as the construction of wind farms and environmentally-friendly waste processing plants for cities and municipalities.

Despite utilizing all available modern communication tools of our age such the Internet, Corporate WAN Networks, VoIP Telephony, etc. bringing together diverse and geographically disparate teams of professionals to coordinate, collaborate and contribute to any given project was always a challenge that included long telephone conference calls, endless threads of email messages, uploading and downloading large files consisting of detailed engineering diagrams and schematics to share between team presentations and, of course, a lot of travel between sites when closer cooperation between team members was deemed necessary.

As HELECTOR’s success brought on even more projects the company’s management became worried about the increasing frequency of travel, not only because due to the associated costs and the impact on their carbon footprint which, for a pioneer in environmental technologies, was simply unacceptable but also for the large amount of time and man-hours lost while traveling, such as driving to and from airports and hotels, waiting for flights and public transport etc. Furthermore, as contracts awarded to HELECTOR were increasingly more complex and large-scale, it became a necessity to facilitate closer relationships and cooperation with suppliers and subcontractors which, in today’s globalized economy, were frequently located in other countries if not in different continents.

HELECTOR’s management concluded that there simply was a much better way for their teams to communicate and collaborate with each other and they agreed that this would be by videoconferencing. After doing some preliminary market research HELECTOR’s Technical Director, Mr. Dimitrios Grammatas, became interested in LifeSize and approached LOGITEL, Master Distributor of LifeSize in Greece.

After a brief meeting with LOGITEL’s sales engineers followed by a live demo of LifeSize videoconferencing end-points, which was set-up at the customer’s own premises in Athens in a matter of less than one hour and without any major changes on the network configuration, HELECTORs IT staff quickly dismissed the proposals of other, competitive vendors from their mind and swiftly moved things to procurement. They were absolutely impressed with the image quality and natural, fluid motion of video streams trough LifeSize codecs and even more impressed with level of ease by which the products are configured, used and managed.

HELECTOR chose LifeSize Team 200 for their two main sites in Greece and Germany and LifeSize Express 200 for two smaller sites, in Germany and Cyprus respectively. Team 200 was thought better for the main sites due to their built-in four-way MCU feature which allows the units to host multi-party conferences. The smaller sites were to conduct mostly point-to-point calls, or participate in multi-party calls hosted by the head offices so the Express 200 was more than adequate in their case. Furthermore, all mentioned LifeSize codecs were capable of supporting dual displays and dual streams for both video and presentations as part of their native functionality, while competitive products required extra licenses for similar features.

After deploying the described videoconference solution from LifeSize, team communication, and workflows have permanently changed for the better at HELECTOR. The introduction of videoconferencing has spawned a wave of spontaneous, on-demand collaboration between team members across different sites as they know that their colleagues are now only as far as walking up to the meeting room. As result productivity is soaring, projects take less time to complete and there is an increased capacity to bring in new business. As an added bonus the company’s Environmental Responsibility Officer is happy to notice that their carbon footprint has now been reduced by almost 80% compared to when air-travel was at its peak. Productive, Cost-Efficient and Green; that’s how HELECTOR likes to be perceived and that’s exactly what they have accomplished with LifeSize videoconferencing. 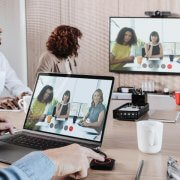 ClickShare Conference brings wireless conferencing, a revolutionary workplace experience. It combinespowerful remote communication with easy-to-use wireless collaboration. Start a meeting from your device, use your… 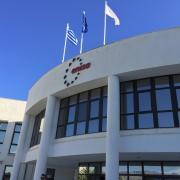 ENISA (European Network and Information Security Agency) The objective of ENISA is to improve network and information security in the European Union. The agency contributes…

AudioCodes, a leading vendor of advanced voice networking and media processing solutions for the digital workplace, today announced a wide range of innovative enhancements to…

Alfa Pastry is a success story like no other. From humble beginnings at founder Mr. Koukoutaris’ hometown of Kozani, a picturesque small town in Greece’s…

Welcome to Our Website
Welcome to logitel
Site SearchSend Us Email