LOGITEL, a leading Value Added Distributor of Telecommunications & Networking products and technologies in Greece, is pleased to publically announce the successful implementation of AudioCodes’ Mediant 1000, Mediant 600, and MediaPack Media Gateways as part of the core infrastructure for the new IP-based Emergency Response Terminal (ERT) System installed on the National Highways routes of Korinthos - Tripoli - Kalamata and Leuktro - Sparta.

The project was lead by contractor MOREAS S.A., a joint venture company of AKTOR Concessions S.A. and INTRACOM Holdings S.A. – two of the top construction industry conglomerates in Greece. MOREAS was responsible for the construction and expansion of already existing highways to a total of 205 kilometers and will subsequently manage operations and undertake maintenance of the highways. The project was co-financed by the European Union, the Greek government as well as private capital. Oversight of the venture is provided by the Hellenic Ministry of Infrastructure, Transportation and Networks.

Microbase is the creator of CommServer, a software IP Communications Platform based on Asterisk, the world’s leading open source telephony project. On top of Asterisk, Microbase has developed a suite of CTI applications using Microsoft’s .NET Framework to control the telephony engine via the Asterisk Manager Interface (AMI) thus opening up a rich set of features and limitless customization possibilities.

SafeNet has developed a fully customized line of Emergency Response Terminals (ERTs) built around a ruggedized metal enclosure adhering to IP66 environmental specifications. Functions single push-button automatic call initiation, call forward on busy or unavailable, automatic fall-back to secondary line as well speakerphones capable of compensating for the volume level of background noise present on the highways were key design characteristics. Due to the nature of the application the type of telephony interfaces chosen were analog FXS and FXO in order to reduce material and installation costs and the ability to reach long distances over standard telephone copper cable.

SafeNet and Microbase chose AudioCodes’ Gateways to interconnect the ERTs to the main Call Server as well as with other telecom equipment used by the Traffic & Operations Control Center and, of course, the PSTN. Microbase customized their CommServer software so it could be installed on AudioCodes’ OSN Server module, a single-board computer that fits inside the Mediant 1000 Media Gateway, thus creating a compact field-deployable appliance. The integrated solution including the AudioCodes gateway and Microbase software has been named CommGate.

Mediant 1000 was selected as the preferred platform for main service and control points along the highway such as toll stations, rest areas, utility vehicle stations, etc. The Mediant 1000’s modularity, able to accommodate all types of digital (E1/BRI) and analog (FXS/FXO) telephony interfaces, as well as its robust hardware platform, rock-solid stability and reliability made it a perfect match for this type of demanding, mission-critical application.

Mediant 600s and MediaPacks were subsequently deployed in remote areas such as equipment racks and cable distribution cabinets along the stretch of the highway, thus connecting ERTs at long distances (2-3 km) away from the various accessible service points via analog telephone cable and then from the media gateways via LAN/IP to the Call Server application running on Mediant 1000 appliances.

Antonis Psaras, Managing Director and Chief Engineer of Microbase, stated: “The Emergency Response Terminals are a key part of the infrastructure with serious implications on passenger safety and the smooth operation of this high-traffic highway. With AudioCodes’ media gateways we are able to guarantee that, in case of emergency, calls will reach the Traffic & Operations Control Center and/or the proper authorities (Fire/Police Department, and Medical/Road Assistance) no matter what. Our software is making use of many advanced features of the gateways to assure this, such as complex internal dial-plans, routing tables, fall-back configuration scenarios, and Stand Alone Survivability to mention just a few. Only AudioCodes’ gateways provided us with the flexibility and the advanced functionality required to meet the challenges of this demanding application.”

Nikos Stamatiadis, General Manager of SafeNet adds: “The robustness and flexible deployment options of AudioCodes’ products allowed our hardware design team and our installation crews to meet the challenging environmental conditions of this application with an exemplary level of ease and simplicity, keeping deployment, service and maintenance costs low considering the intricate functionality and features required. One of the key benefits of an IP-based solution lies if the fact that we can manage, monitor and if needed reconfigure the call rules of the ERTs remotely since they are merely “passive” analog telephone terminals. Call logic is handled between the call server software and the gateways which are located in easily accessible service points off the highway itself, thus increasing the safety of the maintenance crews all while eliminating any traffic disruptions when performing scheduled or unscheduled on-site service tasks.

The solution described has been in operation for a few months already and the end-user, MOREAS S.A., who is the entity responsible for the operation and maintenance of the newly constructed highway, has already saved significantly on maintenance costs from the operation of the ERTs realized by fewer on-site checks and better visibility of the real-time status via remote monitoring and configuration capabilities in contrast to similar legacy systems. It is expected that break-even ROI will be reached before the first year of operation has passed. 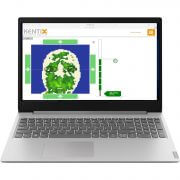 The Kentix SmartXcan  enables the measurement of body temperature in seconds and completely contact-free. What is it? The idea is that you have the device inside… 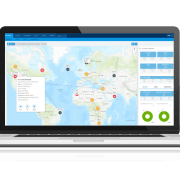 Listen to the Data Layer in the Room with OVOC MasterScope!

Voice Quality Issues? When I’m out on the road meeting customers, I always ask one important question - do you have any voice quality issues?…

Devio CR-1. Network-friendly AV in an IT World

Devio is a collaboration tool for modern workplaces that are constantly on the move. The Devio CR-1 is the hub that creates a desktop-like experience…

Video Solutions for Skype for Business and Office 365

Experience the power of Polycom HD video and content collaboration combined with the ease and familiarity of Office 365 and Skype for Business. Delivering the…

Welcome to Our Website
Welcome to logitel
Site SearchSend Us Email